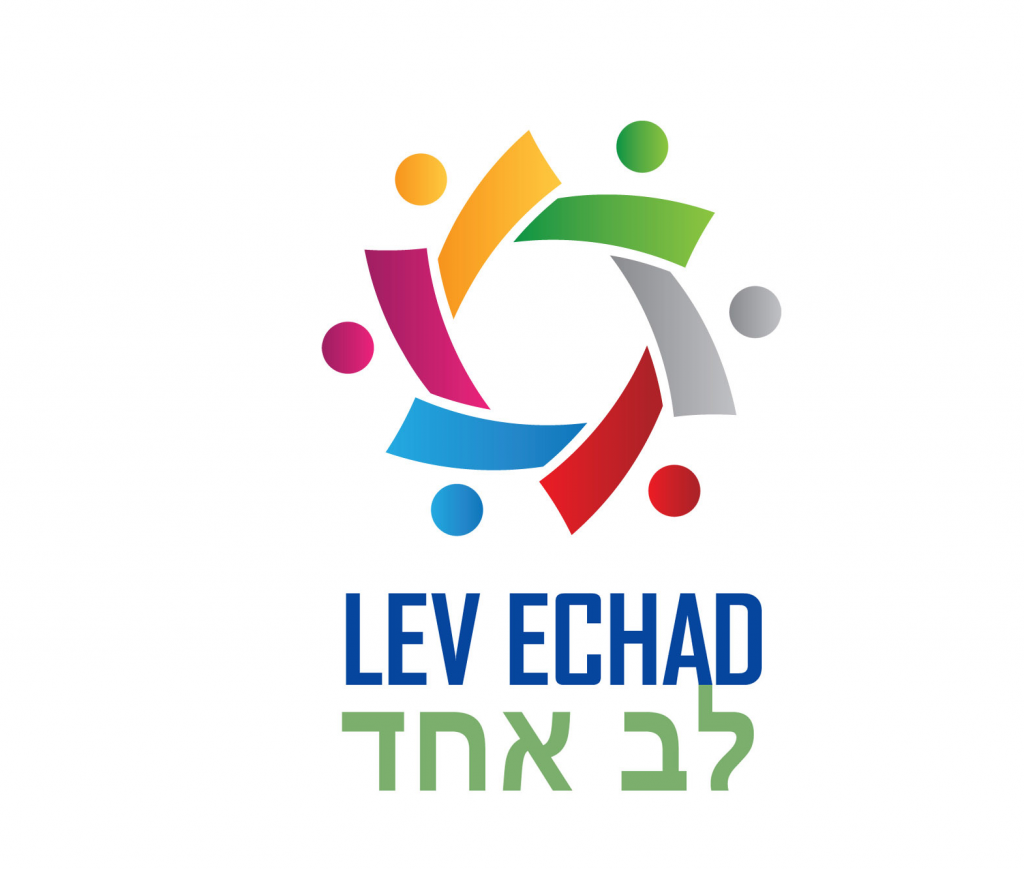 Lev Echad has a fantastic team of dedicated leaders that are passionate about our mission. Come meet some of our devoted personnel:

Born in Ohio and raised in El Paso, Texas, at age 16 Elazar Grunberger received his FCC license with endorsements to become one of the youngest Top 40 professional radio DJs in the United States. After attending the University of Texas at El Paso, the former DJ arrived in Jerusalem in 1976 and never looked back. Nine years later, Rabbi Grunberger received rabbinic ordination from Rabbi Noach Weinberg and Rav Nissim Karelitz, and that was just the beginning.

When Rabbi Elazar Grunberger made aliya with his family in September 2011, he brought over 30 years of experience at building Jewish communities with him. Rabbi Grunberger spent over 25 years as the Director of Aish HaTorah St. Louis involved with all aspects of outreach, teaching, and developing the programs. During that time, Rabbi Grunberger also served as the Rav of the U. City Shul and the Beth HaMedresh HaGodol Sha’arei Chesed Shul in St. Louis for fifteen years.

With tireless energy matched by his passion for the Jewish People, Rabbi Grunberger serves as the serves as the Founder and Director of Lev Modiin and Lev Echad outreach network. He and his wife, Rebbetzin Brocha, are parents to ten wonderful children with adorable grandchildren residing on both sides of the Atlantic. Today, Rabbi Grunberger lives in Modiin with his family where he tries to find an hour to play tennis once in a while.

Rabbi Dov Lev is a highly sought-after lecturer of halacha and the fundamentals of Jewish belief. For almost two decades, he has served as an educator, counselor, and researcher for Aish HaTorah and numerous women’s seminaries throughout Israel. He is a frequent speaker for Ner Le’Elef and other renowned institutions. He has authored, translated, and edited many works of Jewish interest. As a hobby, Rabbi Lev loves to peruse obscure and exotic Torah sources. He has rabbinical ordination from Ner Israel Rabbinical College and holds a Master’s degree from the Johns’ Hopkins University School of Engineering. He lives with his family in Ramat Beit Shemesh.

Rabbi Lev is passionate about Jewish education – in the classroom, in Jewish writings and on the Internet. He works as a researcher, writer and editor on a broad range of Torah topics, and the development of the renowned LifeWisdom Series is among his recent undertakings.

Rabbi Shraga Simmons is an author, educator, filmmaker, activist, marketer and creator of iconic Jewish brands. In 1997 he became founding editor of Aish.com, the Jewish educational website with 500,000 unique email subscribers. He is co-author of “48 Ways to Wisdom” (ArtScroll), and his hundreds of Torah articles have been translated into 10 languages.

In the field of pro-Israel activism, Rabbi Simmons is the co-founder of HonestReporting.com, and author of David & Goliath (2012), the definitive account of media bias against Israel. His film, “Photo Fraud in Lebanon,” became the first Israel-themed video to reach 5 million online views (pre-YouTube).

Originally from Buffalo, New York, Rabbi Simmons earned a degree in Journalism from the University of Texas at Austin, and Rabbinic ordination from the Chief Rabbi of Jerusalem. He now lives with his family in a suburb of Modiin. Rabbi Simmons writes and designs the LifeWisdom booklets.

Rafi Offenbacher is a strategy consultant for a number of businesses & non profits. He serves as the Chief Revenue Officer of AdmirePro, a CRM software for schools & non profits serving organizations like Chai Lifeline, The Mir, TAG, Aish, Hatzolah, Ezer Mizion & many more.

Rafi grew up in Teaneck NJ and made aliyah with his family at age 16. He found his passion for Torah in a pre-military school in Eli. From there he went on to learn in Yeshivat Ramat Gan before enlisting as a paratrooper in the IDF. Thereafter, he advanced his Torah studies in Yeshivat Meir Harel for several years. Rafi currently lives in Ramat Beit Shemesh with his wife and 4 children and he learns Torah in the mornings at Mivakshei Emet.

Ariel Liberman grew up in San Diego, California. She attended the San Diego Jewish Academy and graduated with a BA in Art History and International Relations from the University of California, Santa Barbara in 2007. She attended Shearim, College of Jewish Studies for Women and in 2010 got married to Yehuda Leib Liberman. Ariel worked for Aish Hatorah, Philadelphia from 2012-2019 as their Office Manager. She and her husband made aliyah in 2019 and currently live in Ramat Beit Shemesh with their five beautiful children.

Rabbi Yehuda Shapiro studied under Rabbi Avigdor Nebenzahl, Rabbi Asher Weiss and Rabbi Leib Kelemen. He underwent rigorous rabbinical training in the five-year intensive program of the Center for Kehilla Development. He received rabbinical ordination from the Chief Rabbinate of Israel. Rabbi Shapiro specializes in unifying different cultural groups via dialogue in the context of seminars, workshops and Shabbatons. He also provides pre-marital training workshops to young men who are about to get married. Currently, he runs very popular LifeWisdom workshops in Jerusalem. Rabbi Shapiro lives with his wife and his five children in Jerusalem.

Rabbi Motty Levy, a native of Netanya, studied in Ohr Akiva Yeshiva for ten years. During his service in the Israeli Defense Force, he was an officer of the prominent Givati infantry brigade. In recent years he became a community Rabbi in Ohr Akiva and a member of Rabbi Shmuel Eliyahu’s rabbinical assembly. Rabbi Levy is a dynamic teacher and attracts teens and adults of all backgrounds to his classes and programs. In May 2022, he became the Rabbi/Managing Director of the LifeWisdom programs in Northern Israel.

Jerusalem born Rabbi Yehonathan Shlomo was first introduced to Torah after completing his army service. During his first year of his musical studies at  the Jerusalem Music Academy (where he earned BA,  B.Ed  and M.Mus  degrees), he began studying Torah and became a student at Netiv Da’at in Jerusalem. After his marriage, Yehonathan and his wife moved to Shilat,  where they founded a local Synagogue in which  he  teaches  Chovot  HaLevavot and other Torah lessons. Yehonathan is a professional musician, performer and music educator, and teaches in two special education schools in Jerusalem and Givat Ze’ev. He recently  joined  Lev  Modiin’s  LifeWisdom program team in Modiin.